The Hard Truth About Port Congestion

Port congestion on the West Coast is a nightmare right now, and the problem threatens to spread to other regions of the US. Port gridlock can cause long delays in supply chains, but that’s only the start of the trouble you might suffer when you can’t get containers in or out of a marine terminal. Congestion can also cost you a lot of money. 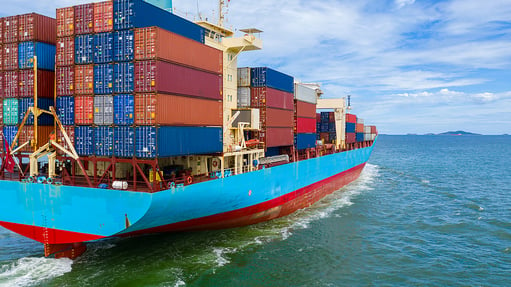 According to the Journal of Commerce, nearly every day in early January 2021, there were more ships waiting to berth at the Port of Los Angeles than ships actually at berth in the terminals. Trucks that transported containers to and from the Ports of Los Angeles and Long Beach spent 93 minutes on port property on average, up from 58 minutes in June 2020, the Journal said. And containers in the LA-Long Beach complex were waiting on terminal property for seven to eight days, compared with less than three days in the spring and early summer. Since then, conditions have not improved.

As with many troubles nowadays, much of the blame for the clogged ports lies with COVID-19. At the start of the pandemic, factory closures in China triggered a shortage of imported products in the US. Then the virus arrived here and shut much of the US economy. Chinese production started to come back on line, but (in some product sectors, at least), the US wasn’t buying.

When America started to reopen in mid-2020, companies and consumers started buying again, with a vengeance. Chinese imports came flooding in. Terminals ran out of space for vessels, and for the containers coming off those ships. Maybe the end-of-year holiday peak explained some of that volume surge, but the deluge didn’t stop when the holiday lights came down.

The impact of port congestion

Traffic jams at ports have triggered several kinds of problems:

Delayed sailings: When vessels sit at anchor waiting for berths, or when they spend extra days in port for unloading and loading, they fall behind schedule. If a vessel is due to call other ports, congestion in Southern California could make it late for each of those calls. If Southern California is the last call in North America, the vessel could be late in crossing back to Asia.

Trucking delays: Piles of containers at a terminal mean long lines of truckers trying to get into the port, increasing delivery times and reducing the number of turns a trucker makes in day.

Chassis shortages: There just aren’t enough truck chassis to transport all the containers that need to move in and out of US ports, especially on the West Coast. Most US truckers rent their chassis from chassis pools. When those pools run dry, truckers have nowhere to turn for equipment. A carrier that can’t get a chassis can’t provide the service you need.

These problems, in turn, can cause you several kinds of grief. Possible scenarios include:

Your booking is rescheduled: When congestion makes a vessel fall behind schedule, as an example, the steamship line may inform you at the last minute that if your ERD (Earliest Receiving Date) was on Monday, you must now wait until Wednesday to be able to return your loaded container to the port. Unfortunately, the trucker you booked doesn’t have capacity to serve you on Wednesday. So, at nearly the last minute, you’re scrambling to find another trucker.

You pay more for trucking: Just as ocean freight rates have increased in recent months, rates for draying containers to and from congested ports have gone up, too. It’s a simple matter of supply and demand.

Your delivery is late: And no wonder. With sailings running behind schedule, containers crawling in and out of ports, and chassis hard to come by, it seems like the whole world is conspiring to put your delivery behind schedule. Whether you need product for your own operations, or you’re trying to honor a promise to a customer, delays can ruin your day.

And perhaps the most damaging impact of all…

You rack up demurrage and detention charges. Once your container is unloaded from a vessel, the terminal will hold it free of charge for a limited time while you arrange to pick it up. Free time is usually three to five days. After that, the terminal imposes a storage charge, called demurrage. That charge can be hundreds of dollars per container, per day.

As port congestion makes it harder to retrieve containers, cargo owners often exceed the free time on their containers. Their boxes languish at the port, racking up demurrage charges for a couple of days, a week, or even more, depending on conditions at the port. It’s not the shippers’ or receivers’ fault, but they have no recourse.

Cargo owners also pay extra for use of the containers themselves. A shipping line gives you four or five days free of charge to unload and return a container. After that, you pay a detention charge of about $150 per container per day. Thanks to clogged ports, shippers are paying more for detention as well.

On top of that, you’ll pay about $35 for each extra day that your container keeps your trucker’s chassis tied up due to port congestion.

It doesn’t matter whether you ship hundreds of containers a year or just a few. If you use West Coast ports, congestion will cost you extra time and money.

You might try to avoid the problem by bringing containers through ports in the Gulf or on the East Coast. Depending on the final destination, that could work. But, of course, as more shippers use that strategy, those other ports become crowded as well. And because congestion is dynamic, it’s hard to know which port offers a good solution. Conditions in Houston or Norfolk could be great on the day you book the freight but terrible by the time your vessel arrives.

Some more steps you can take to make the best of a painful situation:

Need help staying profitable in an era of port gridlock? Have a talk with the experts at I.C.E. Transport.