Why are ocean freight rates so high?

If you’ve shipped a container lately, you know that ocean freight rates are soaring. A container that might have cost $3,000 to ship from East Asia to Europe a year ago could now cost as much as $10,000. And that’s assuming you actually can find a container and book space on a vessel.

What’s going on with shipping lines these days? 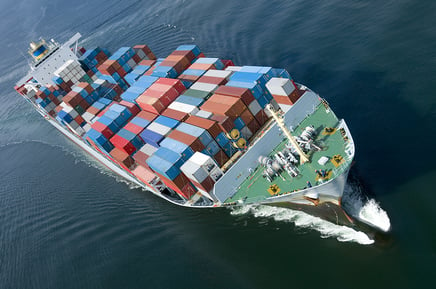 As we all know, the COVID-19 pandemic has shaken global trade. The trouble started in the first weeks of 2020, when China locked down parts of the country to curb the spread of infection. Chinese factories that supply businesses around the world went dark, and shipping volumes fell.

Then the virus spread across the globe. Economies slowed, and demand for many products and commodities dropped, leaving ocean carriers with even more empty space.

So steamship lines did the logical thing. Rather than pay to operate half-empty vessels, they canceled sailings, cutting capacity to match the decreased demand.

That decision made good economic sense. But then the global economy recovered. Factories re-opened, and consumers went shopping. Demand for space on container vessels climbed.

Nevertheless, the steamship lines continued to announce “blank sailings.” That is, they told shippers their vessels would not call certain ports or would skip some sailings altogether. For example, in early June, the group of carriers known as THE Alliance (Hapag-Lloyd, Ocean Network Express, Yang Ming and HMM) and the 2M Alliance (Maersk and Mediterranean Shipping Co.) said they would cancel 75 sailings through September, according to the Journal of Commerce. Similar announcements have followed.

Apparently, carriers aren’t confident that demand will stay strong. They have restored some capacity, but not enough to prevent shortages that drive up rates. The cost of shipping from Asia to the US has risen the most, but rates for shipments between Europe and the US have gone up as well.

Blank sailings have also bred uncertainty. When you’re ready to ship a container, you might have to wait longer than before to get space on a vessel. Or you might book space and then get bumped if the line cancels the sailing.

Not only has shipping grown more expensive, but it’s harder these days to secure empty containers in the US.

The reason? Chinese factories are once more churning out product for the world, swelling demand for outbound capacity from Far East ports. But carriers are still canceling sailings, pushing up rates for scarce space on the Far East to US lanes.

A carrier can charge a lot more to ship a loaded container from Shenzhen to Los Angeles, for example, than from Los Angeles to Shenzhen. Transporting containers from China to the US, or from China to Europe, is such good business, the lines want to ship empties back to Asia right away, rather than lose time getting those boxes filled in the US. So as soon as US receivers unload and return their containers, many of those boxes go empty right back on vessels bound for the Far East. Something similar is happening in trade between Europe and China.

The container shortage in the US is so acute, in late 2020 the Federal Maritime Commission (FMC) started looking into whether the steamship lines were violating the Shipping Act of 1984.

While cutting sailings and speeding empty containers back to the Far East, some steamship lines have also imposed new surcharges. In December 2020, for example, OOCL added what it calls a Container Retention Surcharge of $300 for each 20’ container and $500 for each 40’ or 45’ container, on dry container shipments between Northern Europe and the US. In January, Hapag-Lloyd implemented an Equipment Imbalance Surcharge of $200 per 40’ container on exports from North Europe to the US.

Ocean carriers say the container shortage (which they themselves helped to create) prompted the new charges. Whatever cause you blame, the effect is the same: you pay more to transport your cargo.

When the deck is stacked against you, how can you win?

Surviving in the current environment takes patience and careful planning. Make no mistake – you will pay more to ship containers than you used to. And you won’t always get a sailing as soon as you want one. If you can arrange your shipments well in advance, that might help. But steamship lines set limits on how early they let you book. Those limits vary from one line to the next. And there’s no guarantee that your cargo won’t get bumped off one sailing and rescheduled on a later one.

The more flexible you can be, and the more options you have available, the better the chance that you can ship on a schedule that fits your needs, at a price that fits your budget. That’s why it pays to entrust your cargo to a global freight forwarder that’s an expert in containerized shipping. A forwarder that works with all the steamship lines, day after day, can offer a wealth of alternatives. If carrier A can’t provide the right solution, your forwarder can put you in touch with carrier B, C, D, E or F.

If you don’t ship a huge volume of freight, remember your needs won’t be a high priority for huge freight forwarders. Consider a boutique NVOCC company like I.C.E. Transport – with highly experienced freight shipping specialists who care about your business and sweat the details on your behalf.

For the inside track on better ocean freight rates, get in touch with I.C.E Transport.