What the new ultra-low sulfur fuel regulations mean for you

January 1, 2020 marks not just the start of a new year, but also a price hike for many companies that ship international freight. That increase comes courtesy of new ultra-low sulfur fuel regulations from the International Maritime Organization (IMO).

How can you make sure this stringent standard for cleaner fuel doesn’t take too big a bite from your budget?

Ultra-low sulfur fuel regulations—what are they? 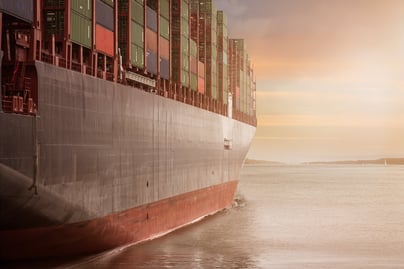 The IMO, an agency of the United Nations, regulates the content of fuel used in ocean shipping in order to reduce air pollution. The ultimate goal is to protect human health and the environment.

Today, in much of the world, IMO rules let steamship lines use fuel that contains as much as 3.5 percent sulfur. In some places, called "emissions control areas" (ECAs), the standard is more strict. Ships that operate in ECAs—such as the Baltic Sea, the North Sea, and certain areas around the US and Canada—must use fuel with no more than 0.1 percent sulfur.

The latest rules apply to vessels outside the ECAs. Starting on January 1, those ships must use fuel that contains no more than 0.5 percent sulfur. That’s five times more sulfur than vessels can use inside the ECAs, but it still represents a big change from the old 3.5 percent limit.

Since ultra-low sulfur fuel costs more than the fuel used today, the new requirement will drive up the cost of operating a commercial vessel. According to a story in the Journal of Commerce in March, 2019, container shipping lines expect the new standard to increase the industry’s annual fuel costs by $10 billion to $15 billion.

To recoup that expense, ocean carriers will probably adjust their fuel surcharges. In ocean shipping, a fuel surcharge is called a bunker adjustment factor (BAF).

The tariff and the BAF

Every steamship line publishes a tariff—a list of the rates for moving cargo from Point A to Point B. But on top of each basic rate, an ocean carrier also imposes a BAF. The dollar figure attached to the BAF rises and falls with the price of crude oil. Each shipping line uses a different formula to calculate its BAF. Some lines update their formulas, by plugging in current fuel prices, more often than other lines do. But pretty much every ocean carrier uses this surcharge in its pricing.

Right now, it’s hard to say how much the new ultra-low sulfur fuel regulations will affect BAFs. When a market enters a period of change, no one wants to be the first to jump in with new pricing. Steamship lines are hanging back as long as possible, waiting to see what competitors do before they commit to their own plans. Carriers might decide to absorb some of the extra cost themselves. But they’ll probably pass along some—if not all—of the increase to you, the shipper.

A lot also depends on the give and take of supply and demand in the fuel market. As carriers around the world start to comply with the new regulations, it could take a year or more for market dynamics to settle into a predictable pattern.

One thing we can predict, though, is that the largest shippers will have more control over the impact of ultra-low sulfur fuel regulations than will small and medium-sized shippers.

When a carrier publishes a BAF, that same formula applies to all of its customers. But big shippers have the clout to negotiate away the impact. As carriers vie for the business of the Walmarts and Targets of the world, they’ll probably agree to adjust their basic freight rates to make up for the higher BAF.

Some carriers might even offer their biggest customers negative freight rates in certain lanes. Even if the only money a carrier gets for a container comes from the BAF, that concession could be worthwhile if it helps win the customer’s business on a wide array of more profitable lanes.

What does this mean for you?

Most shippers don’t have the negotiating power of a giant corporation. If you ship only one or two containers a month, a steamship line won’t cut your basic freight rate to make up for the higher BAF in 2020.

But there is a way to gain leverage in the face of higher BAFs. The key is to work with a forwarder that manages ocean freight for many smaller shippers, day after day and year after year. By aggregating the volume from all those shippers, and by cultivating long-term relationships with carriers, this forwarder can obtain excellent rates on your behalf, even with the higher BAF.

You won’t get the same price breaks that Walmart commands. But you’ll get much better pricing than you could on your own.

What you can do right now

One day, ocean carriers may find a cheaper alternative to ultra-low sulfur fuel. For example, the shipping line CMA CGM is preparing to put nine container ships powered by liquid natural gas into service, starting with the first in 2020.

In the meantime, and probably for years to come, shippers will just have to live with the higher costs attached to strict limits on sulfur content in petroleum-based fuel. For companies that lack the clout to negotiate away the higher charges, the smart strategy is to team up with a powerful transportation partner.

Want more advice about how to control your shipping costs in 2020 and beyond? Have a talk with the international shipping experts at I.C.E. Transport.